Former X Factor judge Tulisa Contostavlos has been tough a lot lately with a drugs trial that collapsed and her attack on a man at V Festival.

Well now Simon Cowell has said that he stands by Tulisa and this news comes just days after it was rumoured that she was going to return to the X Factor as the fifth judge.

‘Tulisa’s been thought a rough time and has come through it. I think she deserves a break now. I think she’d got a lot of opportunities ahead of her.’

Judge Louis Walsh has said that he eager to have Tulisa back on the show as he told a newspaper:

‘I have spoken to Tulisa. I totally support her. I spent so much time in her dressing room, I know who the real Tulisa is. She’s not Mother Theresa but she’s a lovely girl.

‘She’s rough around the edges but she’s a good girl. I like her. I definitely would have her at judges’ houses. She’ll bounce back. She’s a tough lady and she’s made it this far on her own.

‘My advice would be to make a great record and show off that gorgeous face of hers. Solo or group? She can do both.’

So what do you think is Tulisa going to be the fifth judge?

Simon Cowell Says ‘Cheryl Will Be A MUM Soon!!’

The music mogul has said on the red carpet at the X Factor auditions yesterday that Cheryl Fernandez-versini ‘will be a mum soon!!’

Simon who became a father for the first time six months ago told reporters:

“I have told her how great parenting is. She will be next.

“I wouldn’t be surprised if she was the next one to start a family.”

Cheryl would be a really good mum but she’s only been with her man for three months so she really needs to wait.

As you may know former X Factor judge Tulisa Contostavlos has been in court on and off for the last few months over offering a journalist drugs.

It was today that the topic came up in court about Simon and when Mahmood asked Varey off camera if Cowell was “gay”, he replied: “Yes.”

When asked how he know’s that Simon is ‘gay’ the said that he know’s men who have been with Simon.

What do you think because Simon has only dated women and now has a child.

We don’t know if we believe this or not.

It’s been announced that this year of the X Factor there will be another judge for another group.

Sources are saying that X Factor bosses have confirmed that there will be another judge but they are not saying who it will be at the time.

The new category on the show will be called the  wildcard category and it has been rumoured that Rita Ora and Mary J Blige could be getting a call to ask them to become the fifth judge.

ITV and Syco are refusing to confirm at this time.

If you remember back to a few years ago when Simon Cowell asked Cheryl Cole to be a judge on the US version of X Factor and then sacked her within a few days and replaced her with Nicole Scherzinger!

Well now Cheryl has talked about the text message that she sent Simon after she found out that he has gave her the boot.

WOW she seems happy doesn’t she?

Talk about dropping a F-bomb.

We know they Cheryl was fuming but we didn’t know that she was that mad.

Cheryl Cole Thinks Simon Cowell Was ‘Right’ To Sack Her From The X Factor US!

Cheryl Cole has agreed that Simon Cowell was right about booting her of the X Factor US.

As you may know when Simon first sacked her she was NOT happy at all and sent a number of explicit messages to the music mogul.

Talking recently Cheryl admitted that she now is feeling ok about talking about when Simon sacked her.

‘can talk about this because I’m OK about it now. But I went through hell and it literally drove me mad. I became so desensitised, you could say terrible things to me and I wouldn’t even think about it.

Now I can say that Simon was right to get rid of me. I wasn’t well in the head when that was going on, so it wasn’t going to work. But he wasn’t right not to tell me to my face.’

It seems the last couple of years haven’t been the b set for Cheryl but hopefully she’s back on track now. 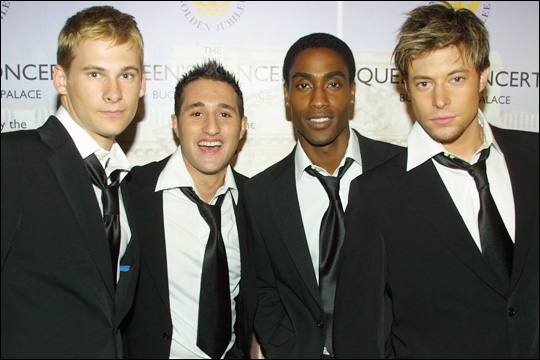